Aggron is an Iron Armor Pokemon. Aggron is extremely protective of the mountain it claims as its territory. After a natural disaster, it will work tirelessly to restore its mountain, rebuilding the topsoil and planting trees.

Members of this species pass through a juvenile stage known as Aron and an intermediary stage known as Lairon. They can also Mega Evolve into the form known as Mega Aggron when exposed to the Mega Stone aggronite. 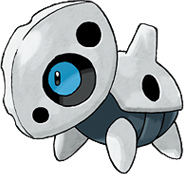 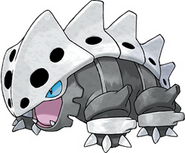 Mega Aggron
Add a photo to this gallery
Retrieved from "https://non-aliencreatures.fandom.com/wiki/Aggron?oldid=74708"
Community content is available under CC-BY-SA unless otherwise noted.