Antedeluvian is a vampiric titan from the world of Huntik. The only known Antedeluvian was used by Vlad the Impaler and then Harrison Fears.

Antedeluvian is a misspelling of the word Antediluvian which means "of or belonging to the time before the biblical Flood".

Antedeluvian is a humanoid creature with huge bat-like wings. It has pale blue skin and blue hair. It wears red armor and its sword is made from a spine. Powerbonded Antedeluvian has gold-plated armor, a bat-like mask, a gold claw on each wrist and each wing. Antedeluvian is one of the few Titans to have a complete human-like face with a mouth, nose, eyes, ears and pupils. 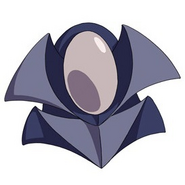 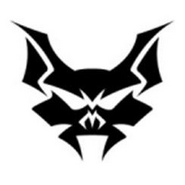 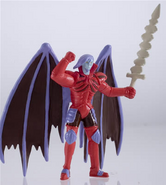 Toy
Add a photo to this gallery
Retrieved from "https://non-aliencreatures.fandom.com/wiki/Antedeluvian?oldid=82832"
Community content is available under CC-BY-SA unless otherwise noted.