Cyrus Gold, a.k.a. Solomon Grundy, is a zombie supervillain in DC Comics. He was originally a 19th century merchant who was murdered and had his body disposed of in a swamp, but later resurrected as a gigantic zombie. 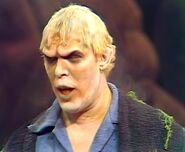 Legends of the Superheroes 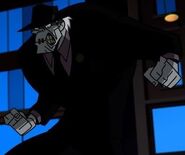 Batman: The Brave and the Bold
Add a photo to this gallery

Retrieved from "https://non-aliencreatures.fandom.com/wiki/Cyrus_Gold?oldid=75046"
Community content is available under CC-BY-SA unless otherwise noted.