Mogwai are rare sapient beings that are furry, cute, and very curious. They can transform into reptilian, highly destructive creatures called Gremlins.

There are three "rules" for keeping a Mogwai. The first is "don't get him wet" as, when exposed to water, it immediately reproduces more of its kind asexually by budding from its back. The second is "keep him away from bright lights... especially sunlight". Sunlight will kill a Mogwai and bright light is known to hurt it. And the third and most important rule is "don't ever feed him after midnight", because if it eats food after midnight, it will create a cocoon, going through changes and become a ferocious, reptilian monster called a Gremlin.

Gremlins are bigger than Mogwai and considerably more vicious and deadly (possessing fangs, claws, and, possibly, a higher intellect). They are also governed by the first two rules of owning a Mogwai: vulnerable to sunlight, and if wet will spontaneously generate more Gremlins (these are born as Gremlins, not as Mogwai). However, eating after midnight has no effect on them. Usually, Mogwai are mean-spirited and mischievous, with Gizmo, a pet Mogwai, being a rare exception.

The level of maliciousness in the personality of Mogwai and Gremlins vary. Stripe, Brain, and Mohawk are exceedingly violent and show great delight in hurting others. Others just delight in scaring people, causing hijinks, and general destruction. All Mogwai (including Gizmo) are energetic and extremely curious, the latter quality often getting them into trouble.

Mogwai/Gremlins are also pack-minded, following a leader who is dominant but also has a quality that differentiates them from the others of their kind. Examples of this come from the primary Mogwai/Gremlin leaders: Stripe, Mohawk, and Brain. Stripe and Mohawk both had a strip of fur the others didn't, and were more violent and more dominant than their brethren. Unlike Stripe, Mohawk spent most of his time torturing Gizmo than leading the pack. Brain was originally a normal gremlin but after his mutation with a brain hormone became much more intelligent than the rest of his kind and replaced Mohawk as the leader. While Stripe and Mohawk were spawned from Gizmo, Brain was spawned from another Gremlin.

Little else is revealed about the Mogwai's biology. It has been speculated that Mogwai are rodents. However, others believe that the Gremlins are reptiles or viruses. The scientists also note they are uncertain as to whether Gizmo's cuteness is genetic. It is also explained that Gizmo's fear of bright lights is an allergy.

Rules of Keeping a Mogwai[] 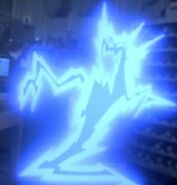 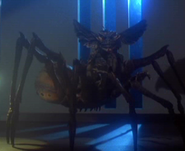 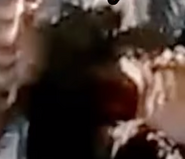 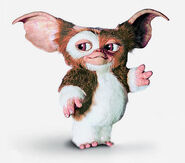 Gizmo the most famous Mogwai 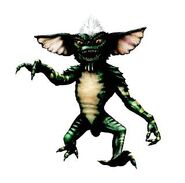