The Yeti (from Ye - teh, "that thing" in Nepalese), also known as Abominable Snowman, is a large ape-like animal reported to inhabit the mountainous regions of the Himalaya. Although most witnesses describe the Yeti as being dark brown in color, it is often depicted as white in popular culture, possibly to emphasize its glacial environment or to better distinguish it from the American Bigfoot, which is fairly similar in appearance.

The Yeti is a respected and feared figure in the legends of the native peoples of the Himalaya. The creature has been first encountered by European expeditions in the late 19th century, although it has been known to the natives for many centuries before. Since the 20th century, Yeti footprints and other evidences have been often found and photographed, but no conclusive evidences of the beast's existence have been gathered, nor has any living or dead specimen been captured. Scientific analysis of fur and other materials allegedly coming from Yetis have often had inconclusive results, though in some cases the analysis did point out that the materials had come from a bear.

Despite being most well known as the Abominable Snowman, rarely do Yeti reports describe the creature as aggressive. Some people believe that Yetis spend most of their lives high in the mountains, while others state that the creatures probably live in valleys bellow, where there is more food, but are more easily spotted when traveling through the snowed mountains from one valley to another.

In 1961, the Nepal government officially declared the Yeti to be a real animal.

Some cryptozoologists who have studied several Yeti reports have identified three distinct types:

It is often thought that the Yeti may be related to many similar creatures occasionally spotted around the world, the most notable of which is certainly the so-called Bigfoot, or Sasquatch, of North America.

If real, many people believe the Yeti should be regarded as a new species of primate, while others believe that the creature is more closely related the bear family. A fairly common theory is that people who have claimed to see the Yeti were actually spotting the rare Tibetan Blue Bear, which, like most bears, is a facultative biped (which means it can walk on two legs but prefers to walk on four).

The Yetis have often been suspected of representing a surviving population of the extinct giant primate Gigantopithecus. Despite the popularity of this theory, it is actually flawed because Gigantopithecus was probably unable to walk on two legs, even for brief periods of time.

Like the Loch Ness Monster to Scotland and the U.F.O.s to Roswell, the Yeti has become something of a cultural icon associated with the Himalayan Mountains, and has been featured in numerous works of popular culture in all forms of media. Its popular imagery occasionally overlaps with that of Bigfoot/Sasquatch, so much that a number of works feature North American creatures being referred to as "Yeti" or "Abominable Snowman"; or simply use the names interchangeably. Others will show Yeti in wrong locations, such as the Arctic circle, rather than its Nepalese/Tibetan homeland.

The Yeti makes a notable appearance in the comic book Tintin in Tibet: this being one of the comparatively rare occurrences where the creature is depicted in popular fiction in its actual brown pelt, rather than a white one. Other comic appearances include the Uncle Scrooge story The Lost Crown of Genghis Khan, by Carl Barks. Also, "The Snowman" is one of Batman's lesser known villains (with only two appearances in canon), and is acknowledged as having a human mother and a Yeti for a father.

Robotic Yeti, modeled after the real race, were prominently featured in two classic Doctor Who serials featuring the Second Doctor and his companions Jamie, Victoria and, exclusive to the Yeti episodes: Professor Travers. The real Yeti is known to exist in the Doctor Who universe, but never made more than a short cameo in the series.

While no actual Yeti is seen; the Voyage to the Bottom of the Sea season 4 episode "The Abominable Snowman" features a scientist named Dr. Paulsen who gets mutated into a hairy humanoid beast. Meanwhile, a Yeti-like creature known as Tappa is seen as an inhabitant of the mysterious Land of the Lost in the eponymous 1974 TV series.

The three meters tall entity from Ishirō Honda's 1955 movie Half Human is officially named "Snowman" and closely resembles the Yeti, but inhabits the Japanese Alps region.

Other movie appearances include The Mummy: Tomb of the Dragon Emperor, which features Yetis that look more like carnivorans than primates. Contrary to their usual attitude, Yeti are depicted as murderous rampagers in horror movies like Yeti: Curse of the Snow Demon and Rage of the Yeti, although in the latter case, the creature lives in the Arctic and bears only superficial (if any at all) resemblance to the mythical Yeti. In Harry Potter and the Chamber of Secrets, Gilderoy Lockhart brags about his encounter with the Yeti, among other adventures, but this is likely not true as he is later exposed as a major fraud.

The Yeti has been featured in several cartoon series, including Jonny Quest (in "Monster of the Monastery"), DuckTales (an adaptation of the aforementioned "Lost Crown of Genghis Khan"), Aladdin ("Snowman is an Island"), The Grim Adventures of Billy and Mandy ("Yeti or Not Here I Come", in which he is a Pleistocenic creature which only remained alive for so long because the Grim Reaper had forgotten about him) and Secret Saturdays. Skips from Regular Show is a Yeti who talks and works at a city park.

An intelligent race of Abominable Snowmen known as the Watchuki is featured in The Godzilla Power Hour along with their daikaiju-sized guardian, the Great Watchuka.

A Yeti-like creature known as the Abominable Snowbeast inhabits the ice mountain in the vicinity of the Smurfs' Village (therefore in Europe).

In the Totally Spies crossover with Martin Mystery, "Totally Mystery Much?", the Yeti species is acknowledged as extinct, but a frozen specimen is discovered, surprisingly enough, in Antarctica.

The animated feature Monsters, Inc. presents the Yeti as a former inhabitant of Monstropolis which has been banished to the human world for unknown reasons. Chill Out, Scooby-Doo features a fake Abominable Snowman, but as in Doctor Who, the ending strongly implies that there is a real one out there as well. Previously, the Yeti had also made an appearance in the original Scooby-Doo, Where Are You! episode "That's Snow Ghost". Here too, there is a faux Yeti (the disguised culprit of the episode) and a real one, the latter which only appears in a flashback. It was one of the very few real monsters featured in that series.

In Rise of the Guardians, the large hairy humanoids which work on Santa Claus' toy factory are referred to as Yetis, despite being in the Arctic, rather than the Himalayas. Yetis can also be spotted among the several monsters in Hotel Transylvania, and one makes a minuscule cameo featured on the world map montage in The Pirates! In an Adventure with Scientists.

The animated film Smallfoot revolves around a village of Yetis which believe humans are a folkloric species known as "Smallfoot" (an obvious reference to Bigfoot).

Dreamwork's 2019 film Abominable centers around a young Yeti with nature-related magical abilities, and briefly features the adult creatures, which are portrayed as gigantic, if also friendly and gentle, beings.

A Yeti, known simply as the Abominable Snowman, is featured as the only antagonist of the freeware game SkiFree. The species is also featured in games such as Tomb Raider II and Sonic Lost World.

It is worth noting that Yetis have also been depicted as extraterrestrials in a few instances, for example, in Isaac Asimov's short story Everest. 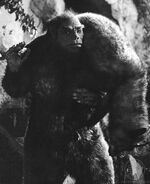 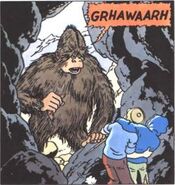 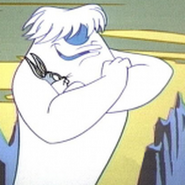 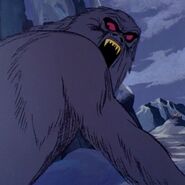 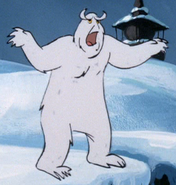 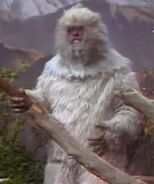 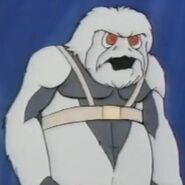 Watchuka from The Godzilla Power Hour (1978) 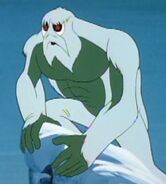 The Great Watchuka from The Godzilla Power Hour (1978) 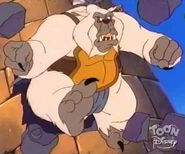 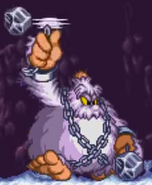 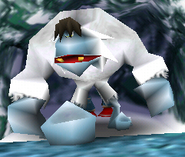 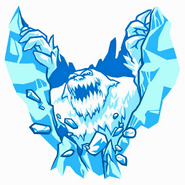 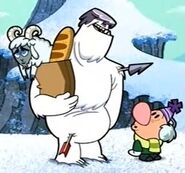 The Grim Adventures of Billy and Mandy (2007) 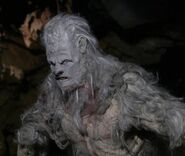 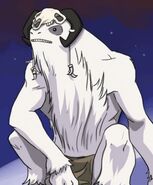 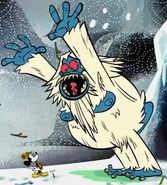 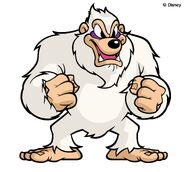 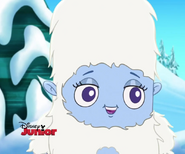 Legend of the Three Caballeros (2018)

Abbey Bominable from Monster High
Add a photo to this gallery

Retrieved from "https://non-aliencreatures.fandom.com/wiki/Yeti?oldid=87409"
Community content is available under CC-BY-SA unless otherwise noted.